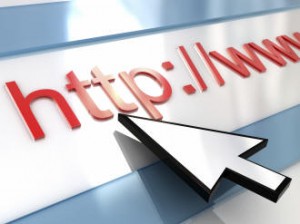 Kingswells/Sheddocksley Councillor Steve Delaney welcomed the unequivocal confirmation at today’s Enterprise, Planning & Infrastructure meeting that Kingswells is in line for an upgrade to fibre optic broadband.

The announcement that Aberdeen has been successful in its bid for superfast 80Mbps broadband was made in December but details were sketchy at that time.

Mr Delaney, who has campaigned from improved broadband speeds over the past year said, “broadband speeds in Kingswells are truly prehistoric in technological terms, with some households restricted to dialup speed and many others only 0.5Mbps -1.5Mbps. Even the fastest speeds in Kingswells only match the slowest speeds elsewhere in the city. This is having an adverse effect on local people and local businesses trying to communicate in a manner which the rest of us take for granted”.

The Liberal Democrat Deputy Group Leader referred to business people having had to drive into work out of hours because they can’t access vital data from home due to the slow connection speeds. He also said that receiving large email attachments was problematical and BBC iPlayer was a complete non-starter for many Kingswells residents.

The proposed open access fibre optic network will be constructed along the route of the AWPR close to Kingswells, and will serve households and businesses in the Kingswells, Westhill, Countesswells and surrounding areas as part of a bigger project. The approved funding must be spent by 2014, with the service expected to become operational during 2015.

Mr Delaney said, “This initiative will benefit both the city and shire and includes wi-fi connectivity for the city centre. Small businesses, charities and not for profit organisations will be eligible for grants to enable digital connectivity. However the greatest impact will be felt in areas like Kingswells which have remained digitally excluded for too long.”