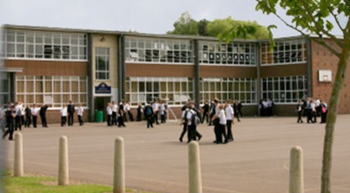 On 7th February 2013, the Education, Culture & Sport Committee decided not to provide a new school to serve the Maidencraig development. The recently approved Maidencraig Masterplan will result in 750 new homes being built on both sides to the Lang Stracht adjoining existing housing in Summerhill and Sheddocksley. The new development will run as far as Dobbies on the north side and as far as the roundabout which joins the Langstracht, A944 and B1119 at Green Hedges.

Kingswells/Sheddocksley Lib Dem Councillor Steve Delaney said, “Currently children are already walking more than a mile to Fernielea School on the Summerhill side. This would increase to about two miles for those living closest to the roundabout”.

“On the Sheddocksley side the distances to Kingsford School would increase from about half a mile to over a mile. A new school could have accommodated children from the whole Maidencraig development as well as the area from Rousay Drive westwards, making all three schools accessible to everyone. The decision not to even consider this is just plain stupidity”.

The Liberal Democrats put forward an amendment asking for the Committee to look at the feasibility of building a new school to serve this area. The move was opposed by Labour, Conservative and SNP councillors.

Mr Delaney said, “Our area has been denied a new school where a need clearly exists. Instead, we’re going to see children arriving at school soaked and frozen in cold weather as a result of the distances they will have to travel to school. In addition, the Labour, Conservative and SNP councillors who voted against this will be responsible for significantly increased traffic during school runs, which will affect all of us, and runs contrary to local and national transportation policy”.