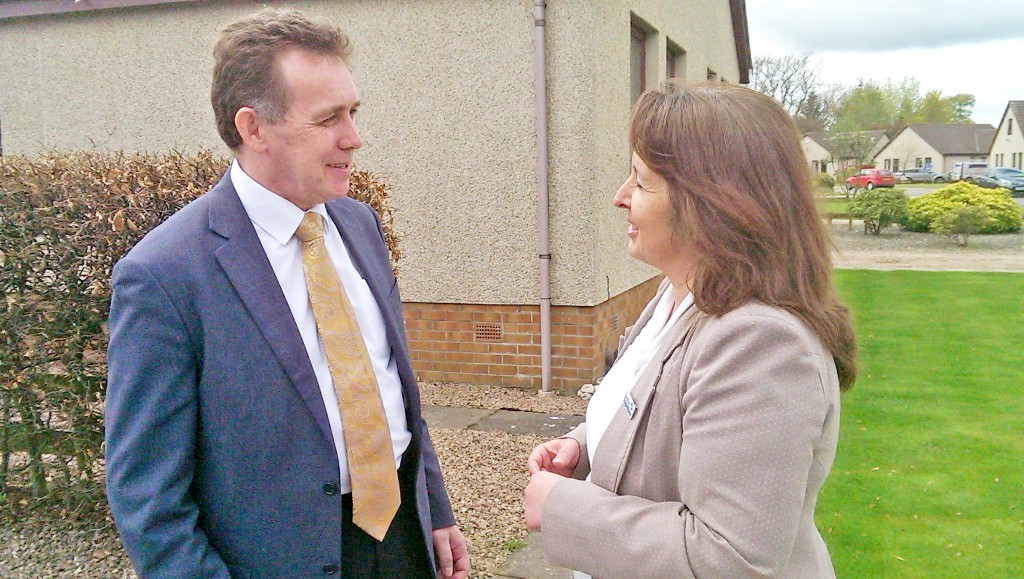 Local councillor Steve Delaney is once again out and about with Liberal Democrat candidate in Aberdeen Donside today, ahead of tomorrow’s crucial by-election.

Steve said, “I would like to thank everyone for the warm reception we have received on the doorsteps. People don’t want independence and they are telling us they don’t trust Labour’s Willie Young as he constrantly changes his position on issues that matter to people. Voters see Christine as a strong voice for Aberdeen Donside, someone who listens, someone who can be trusted and someone who cares”.

“I have already cast my postal vote for Christine and would ask that those of you who have supported me in the past also lend her your support tomorrow. She knows the issues that matters to people and could articulate these in the Scottish Parliament must more competently than others who seek the position. We need Aberdeen’s voice in Parliament, not the SNP’s man in Aberdeen”.

“Even in these closing days of the campaign I’m eager to meet as many people as possible and hear their views, as is Christine. I’m looking forward to a positive, constructive and worthwhile couple of days”.

Polling takes place at various locations across the constituency from 7am – 10pm tomorrow, 20th June 2013.