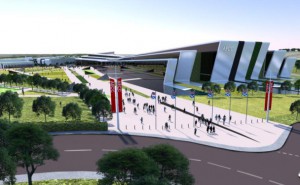 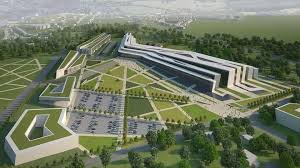 Aberdeen City Council has approved plans to demolish the Aberdeen Exhibition and Conference Centre at Bridge of Don and build its replacement on a new site.

Aberdeen’s Lib Dem Group opposed the proposals on the basis that a full business plan was not available, the risks were too high and alternative options had not been fully explored.

The current venue is beginning to show its age and there have been difficulties attracting the larger exhibitions and concerts to the current venue, with some having moved to larger arenas elsewhere. The Council has decided to enter into a 35 year lease with Henry Boot Developments, who built the St Nicholas and Bon Accord Centres in the 1980s.

The deal is complex but in many ways similar to that for the redevelopment of the St Nicholas House site. The Council is exposed to a maximum liability per annum for the duration of the lease, which is not insignificant, then the asset will transfer to Council ownership. The actual liability is dependent upon external factors and will vary over the period of the lease.

Kingswells, Sheddocksley, Summerhill councillor Steve Delaney said, “The Council bears the full risk of this proposal and has to bring in income from external sources in order to balance the books. Unpredictable economic circumstances and competition from elsewhere makes the level of risk unquantifiable when taken over 35 years. Any shortfall will present a considerable burden on our already stretched finances”.

“Labour’s Finance Convenor spoke just a couple of days after the decision about the Council needing financial assistance, possibly from overseas investors, to reduce the risk to Council Tax payers. This has cast considerable doubt over the viability of the proposals which he was previously touting as being a good deal for Aberdeen”.

“We are certainly not against progress, but we need to be convinced that these proposals are affordable and indeed that there is not a more affordable option available to us. I believe we took the responsible position by voting against these proposals in their current form and in the absence of more detailed information. The risks were just too high”.