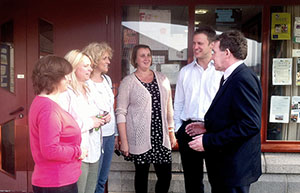 Kingswell councillor Steve Delaney spoke at the Planning Committee and later wrote to committee members outlining his concerns about the impact of this development on Kingswells School. He had previously raised these same concerns at the masterplan stage in 2012 and asked that development of the site be phased in conjunction with the Education service to ensure the school had sufficient capacity for the additional children. This amendment was accepted but not followed through.

Steve said, “Capacity issues at Kingswells School were highlighted as early as November 2012 and were universally accepted at that time. The two planning applications relating to this site increased the number of units by 20% in full knowledge their was no more space at Kingswells School and no phasing was proposed when the planning applications came forward. These are arguably the worst planning decisions I’ve witnessed in the 12 years since I was first elected to Aberdeen City Council.”

Steve, a former Vice-Convenor of Planning, continued, “First we saw the committee’s request for a visit to the school refused by the Convenor of Education, Culture & Sport. Then the Planning Convenor attempted to block the visit by use of a “guillotine motion”, which thankfully he lost. Such behaviour is in my experience unprecedented. In the past if any local member requested a visit this was done as a matter of courtesy”.

Committee members were rightly concerned and did indeed visit the school, but they decided that delaying these 46 homes would make no difference as the school will be over-capacity whether or not they proceed. The number of primary age children attributable to these 46 homes would have been at least 13, possibly more so the approval has indeed exacerbated the capacity problem.

Steve said, “My proposal to Committee was to delay this development, not to scrap it. I remain unconvinced that Kingswells School can accommodate two additional classrooms without losing valuable general purpose space to the detriment of all children’s education.”

“The reasons the school will be over capacity relate to the increased number of properties, the decision not to phase delivery of the combined site and the failure to factor in any children coming from the West One development. It’s been one disastrous decision after another and the consequences of these decisions will impact on numerous children and their families living in Kingswells”.

“Regrettably the decision has been made and there is no appeal mechanism available. I ensured committee were made aware of all the facts with regard to both applications but regret that common sense did not prevail”.

In the event that additional children cannot be accommodated at Kingswells School, not all children zoned for Kingswells will be offered places and those who are not will require to be bussed to other schools where spare capacity exists.