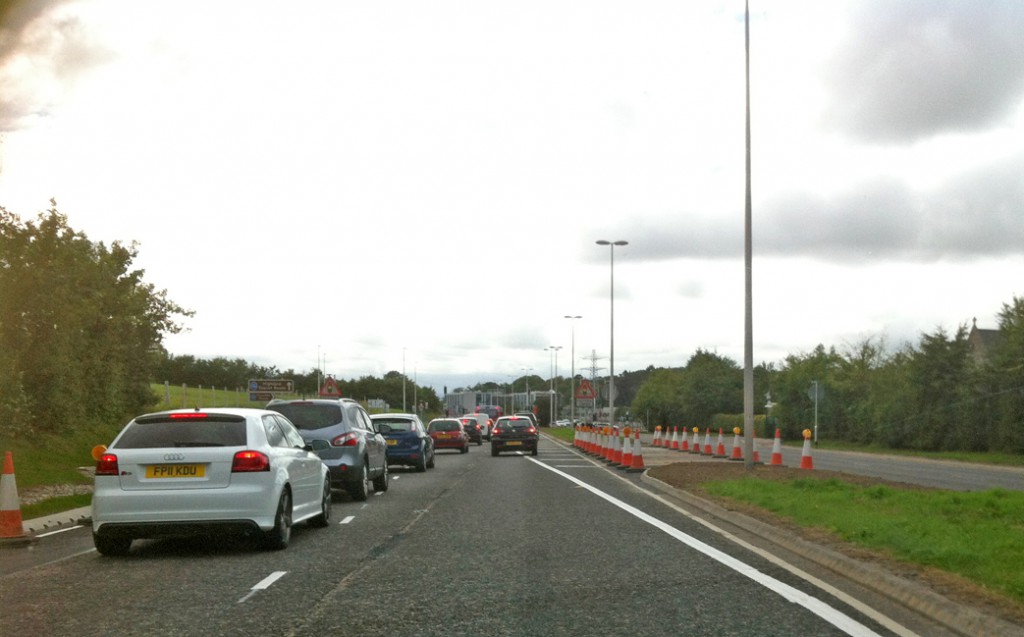 The first phase of the Countesswells development is about to begin and associated roadworks have already started. This is a development of about 3,000 homes phased over 10-15 years on the south side of the A944 between the Sheddocksley roundabout and the Kingswells roundabout.

In advance of the first houses being built, public utilities (electricity, gas, water mains, plumbing, sewerage, telecoms etc) need to be taken from Kingswood Drive (near its junction with Fairley Road) across the A944 and over to the Cults road. In other words we are talking about months of disruption for Kingswells residents once again”.

“These works will result in road closures, diversions or other traffic management measures on Kirk Brae, Cults, C128C Cults to Kingswells, Countesswells Road, Kingswood Drive and the A944 Aberdeen to Alford carriageway.

In order to minimise the time taken to complete the works, construction teams will operate up to 12 hours a day Monday to Saturday with the possibility of Sunday working. Liberal Democrat councillor Steve Delaney has asked that extended hours not be worked on Kingswood Drive in order to offer some respite to residents in adjoining streets.

The first two phases of eleven are being conducted at the Countesswells Road end of the site with phase three being the Cults to Kingswells road (south end). The A944 works, Kingswells roundabout, Kingswells to Cults road (north end) and Kingswood Drive are affected during phases six to nine”.

“Access to Kingswells will be preserved at all times, though there will be lane closures on the A944 in the vicinity of the Kingswells roundabout and on the C89C Newhills road.

Roadworks are scheduled on Kingswood Drive between 18th July and 19th August during which time a one way system will operate from a point just northwards of its junction with Fairley Road to its junction with the C89C Newhills road.

Steve Delaney said, “It appears that public utility works have the right to carry out major works such as these as long as appropriate traffic management proposals are put in place. The fact these works will have a negative impact on Kingswells whilst offering no benefit to the area, does not seem to feature. No sooner have the dug up our roads and they’re back to dig them up again!”

“I asked for the Kingswood Drive works to be undertaken during the school holidays when there’s less traffic on the roads and this has been confirmed. I also asked for the extended working hours to be avoided in residential areas and this is being considered”.

“These are small but significant concessions. Unfortunately there will still be significant delays getting in and out of Kingswells via the A944 and the closure of the Cults road and there’s no getting around that”.