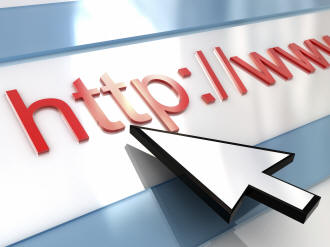 This week there’s a combination of good and bad news regarding the rollout of fibre broadband in Kingswells, but there’s a lot going on, which is why this special update is being released.

The good news is that capacity was extended for Cabinet 11 users a couple of weeks ago. This area was upgraded over a year ago, but insufficient capacity was installed to allow all households who wanted the service to receiver the faster service. Councillor Steve Delaney raised this issue with Openreach and was initially informed it could take up to 9 months to resolve. Thankfully it has happened much sooner.

Steve said, “It just seems plain daft that they would upgrade an area where people were either getting the slowest speeds in the UK or, in some cases, no connection at all, without installing sufficient capacity from day one. I have no idea if the cabinet will have sufficient capacity for everyone who wants to connect, but additional connections have been added”.

“I’d suggest if you live in these streets, want high speed broadband and have been unable to order it previously, that you place your order quickly”.

The addresses in Derbeth Grange which are connected to TPON (about 60 homes) will be upgraded to fibre later this year. No firm timetable has been published to date. The same goes for other areas connected to TPON with the exception of Derbeth Park (see below).

However, the households in Derbeth Grange currently connected directly to the exchange (about 60 homes with the slowest speeds) had been upgraded a couple of months ago. However, a fault in the new cabinet 28 has resulted in some addresses not being able to be connected. As a result, some residents have placed orders, had these orders accepted, then either been told their line cannot be upgraded or indeed been cut off completely.

Steve said, “I’ve been in discussions with Openreach on this matter over the past few weeks. The fault has now been traced and the website updated to advise that the service is not currently available. I am unsure of the technical detail, suffice to say I have been advised it is not going to be possible to fix the fault. Options are being looked into but it will take at least three months to implement an alternative solution”.

Works to upgrade Derbeth Park to super fast broadband are currently underway with the cabling and infrastructure being put in place. In order to receive the service a box needs to be attached to each property and permission is required from home owners. Openreach have already fitted several of these and are continuing works into next week and possibly beyond.

Steve said, “Derbeth Park will be the first of the streets in the TPON area to be upgraded to fibre broadband with speeds of potentially 300Mbps (though packages on offer may vary). I have received assurances from Openreach that any residents who are not at home when they call requesting permission to fit these boxes will be left contact details outlining how to get in touch to arrange for the works to be undertaken”.

You can track the status for broadband upgrades in respect of any address in Kingswells by logging on to www.scotlandsuperfast.com