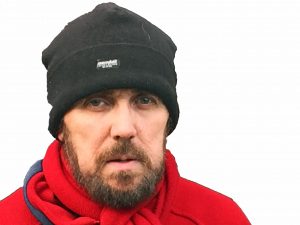 Countless residents have raised concerns over snow clearing operations by Aberdeen City Council during the wintry weather which prevailed during December.

Local councillor Steve Delaney said, “The main routes were kept clear and for the most part the city was able to keep moving. Unfortunately gritting and clearing of pavements during the previous cold snap left a lot to be desired.”

“There were also a number of complaints relating to how individual operations were carried out in specific streets.”

“The fact that people were stranded in their homes as a result of icy pavements is something which needs to be addressed.”

In response to these and other concerns raised across the city, Councillor Ian Yuill, leader of the Aberdeen Lib Dem Group, has submitted a notice of motion to the 5th March council meeting. It reads as follows:-

1. Thanks all staff involved in carrying out winter maintenance (gritting and snow clearing) during the recent cold weather

2. Recognises that many people expressed concern at the slippery condition of many pavements for lengthy periods during the recent cold weather

3. Expresses concern that over 400 requests from residents and community groups for one tonne bags of salt remained unfulfilled at the end of January and that people are now being told they will not receive these bags of salt until winter 2018/19.

4. Notes that officers will be reporting to the appropriate committee on 2017/18 Winter Maintenance Operations.

5. Instructs officers to report by October 2018 on how winter maintenance operations could be improved by:

a. Considering whether additional pavement ploughs / grit spreaders are required and advising on the financial and staffing implications of that.
b. How an appropriate network of grit bins could be provided across Aberdeen.
c. A review of the mechanism for providing one tonne bags of salt to individuals and community groups to ensure these are provided timeously.
d. Considering how best to provide residents and community groups with bulk bags of salt smaller than one tonne in size.
e. Considering how appropriate snow clearing equipment could be provided to community and residents’ groups who wish to make use of such equipment.

Steve said, “This isn’t about looking to unfairly criticise anyone. After all, no matter how much effort the council puts into snow clearing we’ll never be 100% happy. It’s always going to be challenging getting out in wintry weather.”

“It also has to be acknowledged that all of us (who are able bodied) have a role to play in this by keeping the footways beside our own homes clear.”

“I for one appreciate all the hard work undertaken by those working day and night to keep our city moving. However, the intent of this motion is to acknowledge that there were problems and look at how best we can learn from these. We need to look at what we can easily address ourselves such as availability and size of salt bags, availability of grit bins and how the council can help people to help themselves.”

“We also need to take stock and look, with an open mind, at how other areas have overcome some of the difficulties we faced, especially in respect of icy pavements and learn from best practice elsewhere. Just because this is how we’ve dealt with the past 10 or 15 winters doesn’t mean we should keep doing things the same way in the future.”

“The current weather which is engulfing the entire country this week is exceptional and and is stretching resources everywhere. Regardless of the need to learn lessons from the situation which prevailed during December I would like to put on record my thanks to the crews who are currently battling against the elements to keep our city moving and to keep us safe”.

The notice of motion will be taken towards the end of Monday’s meeting and it is hoped that everyone can get on board.