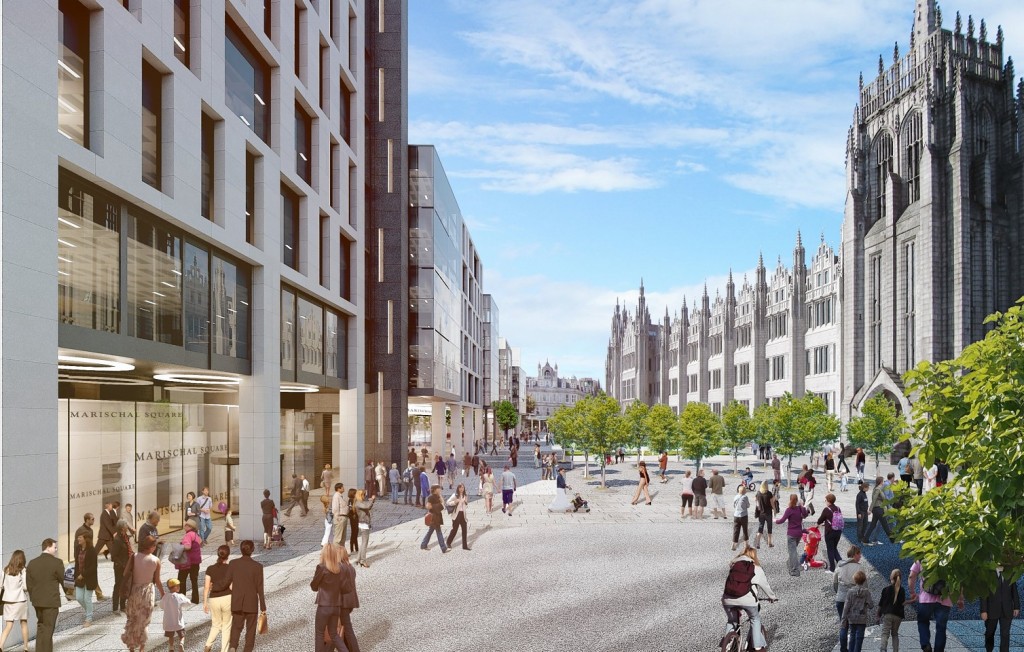 Aberdeen City Council has taken the decision to proceed with the “part pedestrianisation” of Broad Street despite strong opposition from people with sight and hearing loss and limited mobility, who had raised safety concerns.

The decision to proceed a shared surface for usd by pedestrians, buses and cyclists was taken by 23 votes to 22. Aberdeen’s Lib Dem Group had their dissent to this decision noted.

Lib Dem councillor Steve Delaney had put forward a proposal to remove buses from Broad Street and to create a separate cycle route through the site.

Steve said, “I’m very disappointed that though Labour, Conservative and Independent councillors heard the safety arguments, they failed to listen to them. Unfortunately two Labour councillors who had previously spoken out publicly in favour of full pedestrianisation went on to vote along party lines.”

“Aberdeen’s coalition seem to be wedded to the idea that their way is the only way and I see this as a missed opportunity to have made Broad Street a safe, friendly and accessible space for everyone”. ”

“Although I highlighted particular safety concerns for people with disabilities, I was also of the view that mixing vehicles and pedestrians on a level surface with no kerbs or pedestrian crossings was both unpleasant and unsafe for all pedestrians”.

“If you’ve ever visited one of these areas you will be well aware you can never relax and as you’re constantly having to look out for vehicles. It’s really not a pleasant experience and not one I wanted to see us inflict on both residents and visitors to Aberdeen”.

“I felt that the voices of disabled people were drowned out by those of the private bus companies, regardless of the fact their scare stories of major disruption due to re-routine have not materialised. Whatever happened to adopting a safety first approach?”

“I would like to thank members of the public for contacting their councillors. I truly believe that without their intervention we would not have seen the late concession from the coalition to undertake a review after 6, then 12 months of operation. I sincerely hope there are no incidents before then. Clearly this matter will be re-visited and I hope that common sense prevails at that time”.

Members of the public highlighted a number of key points in their communications to councillors. These links can be found below.

Three year old Clinton Pringle sadly lost his life last year after being struck by a bus on a shared surface in Jersey.

Preston’s Fishergate had become a “no go” area for blind and partially sighted citizens resulting in changes being needed.

Guide Dogs initiated a judicial review against Kensington & Chelsea Council’s proposals for a shared surface in Exhibition Road, London in 2010. In that instance, the council agreed to amend the proposals to address the concerns of blind and partially sighted people.

There have been a number of accidents in Manners Street, Wellington, New Zealand after buses were allowed into a pedestrianised area.

This video illustrates some of the difficulties guide dog owners have experienced in Poynton, Cheshire following the opening of a shared surface in the village centre.

This short video shows a bus with an annoying warning sound passing through Boston in Lincolnshire, only to be followed by another just five minutes later.