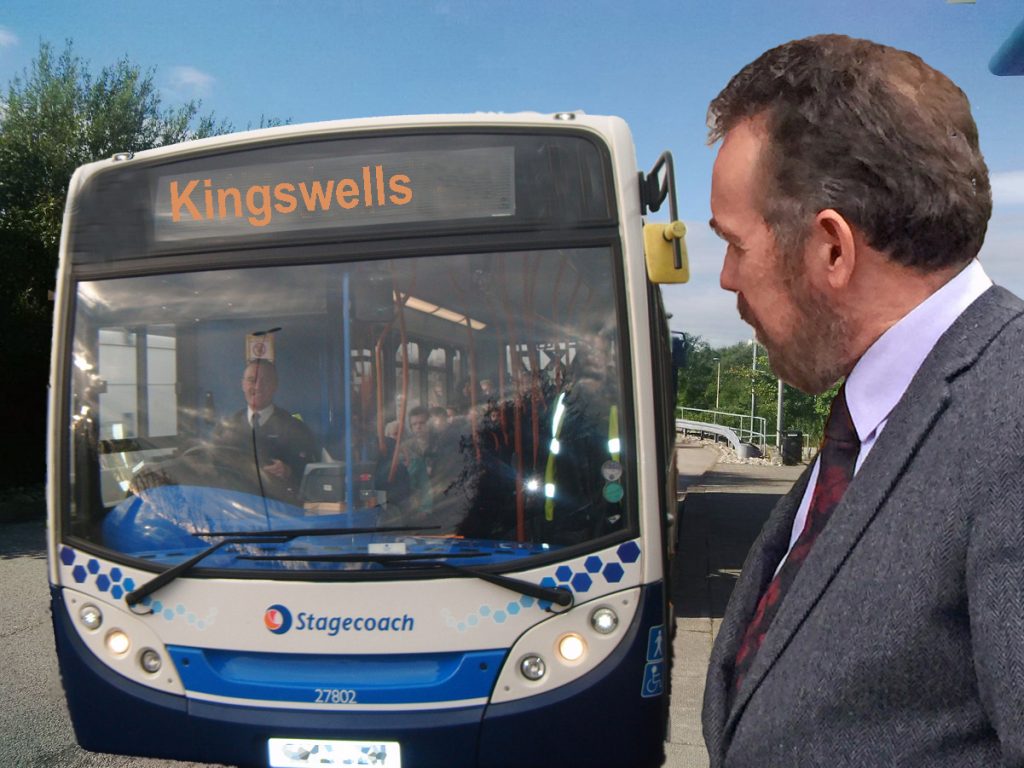 As we approach the first anniversary of the withdrawal of FirstAberdeen from Kingswells, a dedicated Kingswells to City Centre route is about to launch.

Last September Aberdeen City Council agreed to put the service out to tender and, as a result, the proposed service, which will be operated by Stagecoach, is set to commence on 30 April 2018 (subject to registration with the Scottish Traffic Commissioner).

No longer will the typical commute to work take up to three hours a day and no longer should people have to wait well in excess of an hour for a bus outwith peak times. However, the peak morning and afternoon services have been reduced from the 15 minute service offered by the shuttle bus to a 30 minute service. Passengers will be able to board and alight at any bus stop on the route, unlike the current limited stop service which operates to ARI.

The proposed route through the village follows that of the existing No 94 which will cease from that date. The new service will offer a direct route via Lang Stracht and Westburn Road to the City Centre.

The proposed route is as follows:-

The new service will not stop at the Park & Ride nor is intended to visit the bus interchange at ARI, instead stopping on Westburn Road. Anyone wishing to connect with the X17 will have to get off the bus at the top of Fairley Road and walk to the Park & Ride from there, or walk down Fairley Road to catch it on the A944 beside Kingswells Church. The new service has been contracted for two years and will be subject to regular monitoring.

The route will charge standard Stagecoach fares and Stagecoach season tickets can used on the service. This route is supported financially by Aberdeen City Council.

The new service will operate from 06.00 – 23.00 Monday to Saturday on a 30 minute peak time service and hourly off-peak. There will be no Sunday service. The same route will be used at all times of day, unlike the current service which operates a different evening route.

Kingswells councillor Steve Delaney, who campaigned alongside local residents for a replacement service said, “I am pleased to see this come to fruition but angry it has dragged on for so long. If councillors had accepted my original proposal to go to tender in March 2017 we would have seen a Kingswells to City Centre service up and running many months ago.

“Although I was more than happy to make the case with the council (and missed no opportunity to do so), the withdrawal of the X40 galvanised our community in Kingswells, both bus users and non-bus users, as everyone came together to support those who needed public transport to get to work, school, further education, health appointments and leisure activities.

“Without such a well organised grass roots campaign, I fear we may not have seen the shuttle bus replaced. Nothing outshines the real sense of community when people come together to look out for their neighbours and everyone who was involved in the campaign should take pride in the fact we once again have a bus service connecting Kingswells to the City Centre.

“The proposed service is an improvement on the No 94 in many respects, but there are some downsides. I would certainly have liked to have seen a more frequent early morning service and the provision of a Sunday service.