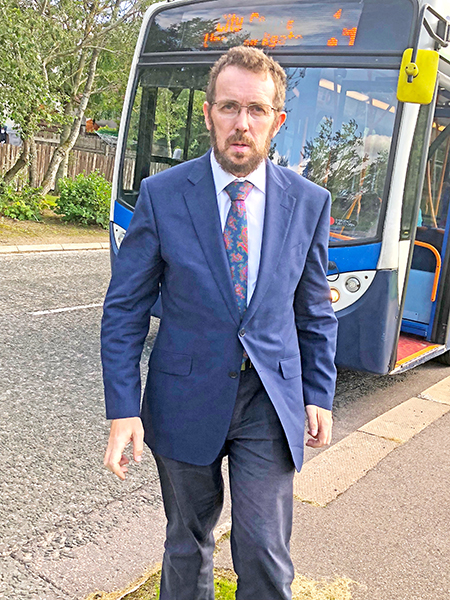 The poor timekeeping of the No 14 has been a bone of contention with Kingswells residents since the service was introduced some months ago.

People are accepting of the half hourly peak service (hourly off-peak) as long as the bus arrives on time.

Late running buses have caused all sorts of problems in recent months with people missing appointments, arriving late for work and getting stranded in town unable to get home.

Steve Delaney, Lib Dem councillor for the area, has received numerous complaints from residents and was in regular contact with the council’s Public Transport Unit throughout the summer.

Steve said, “Residents will be pleased to know that a new timetable is to be introduced on 12th November which will hopefully address the timekeeping issues by building in extra time for the journey”.

“In addition, an hourly service will operate on Sundays from around the same time. This was intended to be included in the contract from the outset but had to be dropped due to cost.”

“Funding was recently identified from monies raised as a result of fines from motorists who have used bus lanes or bus gates during restricted periods”.

The aim is to grow the service so it gets to a point where it no longer requires council subsidy. Despite the poor timekeeping, the No 14 has seen significant growth in passenger number since it took over from the shuttle bus at the end of April.

Steve concluded, “Stagecoach really need to get their act together this time and ensure that reliability issues and missing buses become a thing of the past.”

“Only when we get to the point where the service is once again financially viable will we have secured the long term future of this essential bus service”.