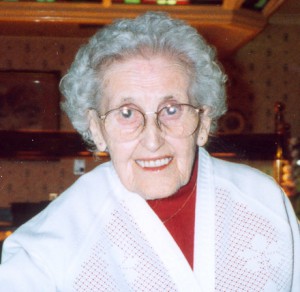 Aberdeen City Council has decided to set up a Local Authority Trading Company (LATC) to deliver care services to elderley and disabled citizens. It will be known as Bon Accord Care and will manage residential care homes, day care provision, care at home, housing support in sheltered accommodation, rehabilitation and other services for adults on behalf of the Council. It will be a separate company but will be wholly owned by the Council. The aim is to offer additional services to people which local authorities are not ordinarily permitted to offer. It is hoped that any surpluses generated from such additional trading activities will help to support existing social care services at a time when budgets and under pressure and the elderly population is increasing.

In December 2012 the Liberal Democrats asked the Labour led Administration for a delay in the establishment of the company to allow for more information on how it would operate and a possible revision to the make up of its Board. The proposals came back to the Council on 6th March with none of the company’s legal documents available for scrutiny, a senior member of staff already having been appointed and a recommendation to exclude councillors from the Board. The Liberal Democrats voted against implementing the LATC, citing serious concerns over public accountability and financial viability.

Deputy Group Leader Steve Delaney raised a number of concerns about the financial viability of the company at the meeting, from which public and press were excluded. He also expressed concern that with no councillors on the Board, serving instead on an advisory “Stakeholder Group”, the Council would have little or no direct control over services it provides to elderly and vulnerable people. He remained to be convinced as to the value of progressing the LATC following the publishing of the Scottish Government’s proposals to integrate adult health and social care services, where some of the services proposed for transfer to the LATC would be part of a joint body with NHS Grampian. He said it was right to have considered the LATC as an initiative but the “world had changed” since the idea was first mooted and it no longer offered the same opportunities but now came with a higher risk of failure.

Steve, who has held (and continues to hold) senior positions on a number of highly successful Boards, said that in his experience public bodies which fail inevitably do so as a result of poor governance structures and/or weak unchallenging boards. He referred to the advisory “Stakeholder Group” set up to monitor the LATC’s activities as being no more than a “toothless tiger”.

Commenting on the Lib Dem position he said, “For us this is about providing the best possible service to elderly and vulnerable citizens and if the LATC fails that test, then we shouldn’t be doing it. My serious worry is that the business case just doesn’t stack up and if this venture fails, as I fear it it may well, it will impact upon the level of service the Council can provide to people who need them”.

Bon Accord Care will be the first organisation of its type in Scotland. Several LATCs already exist in England and there have been some high profile failures amongst their number, which was of concern to a number of elected members, given that the only way out if this happens is to either reduce costs (and services) to clients or to bring the service back in-house with a financial bailout that impacts upon all Council services.

Steve added, “Neither myself nor my colleagues will play any part in an organisation which exposes the Council to considerable financial risk and more importantly puts at risk the services we currently deliver to our most vulnerable citizens. Our participation would lend legitimacy to this folly and we just can’t do that”.