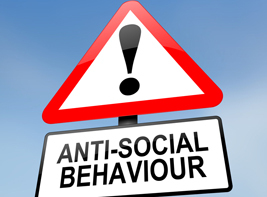 Aberdeen City Council has just adopted a revised policy for dealing with anti-social neighbours. Local councillor and Lib Dem Housing Spokesman, Steve Delaney, welcomed the updated policy which has been designed to tackle this blight on our communities. Steve was involved in the decision to extend the operational times of the anti-social behaviour unit during a previous Council term and both the policy and the unit itself have evolved in recent years to offer strong support to those experiencing such problems.

Steve said, “This latest revision sets out timescales and expected actions, gives a commitment for the Council to take firm action, seeks to ensure the Council’s actions are consistent, identifies key agencies for partnership working and considers the impact of anti-social behaviour on victims. In this respect it represents a major step forward but I do have some concerns”.

The Housing Scotland Act allows for tenants to be placed on a Scottish Short Secure Tenancy (6 month tenancy renewable for up to two years) following the granting of an ASBO, which allows for a faster eviction process to be used if the ASBO is breached. Aberdeen City Council does not routinely use this facility though it is acknowledged as an option. This was one of the concerns Steve raised at Committee as he felt it should be used in every case. He also proposed that where a tenant had been evicted for anti-social behaviour, the incoming tenant should be vetted to ensure that they did not have a pre-existing record of anti-social behaviour elsewhere. He felt that failure to do so could expose neighbours to a revolving door of anti-social neighbours.

Lib Dem colleague Jennifer Stewart also raised concerns that the policy was too prescriptive in specifying what did not constitute anti-social behaviour. The policy stated that everyday living noise such as people walking across a wooden floor, doors banging, people using washing machines, children bullying each other, revving engines etc; are not to be classed as anti-social behaviour. Steve and Jennifer both felt that such behaviour could become anti-social not as one offs, but where the behaviour was deliberate and sustained.

Steve said, “This is a good policy which could have been so much stronger if our concerns had been taken on board. I’m disappointed that others did not see the value in being tougher on anti-social tenants and in being less prescriptive on what type of behaviour the Council will not take action on”.