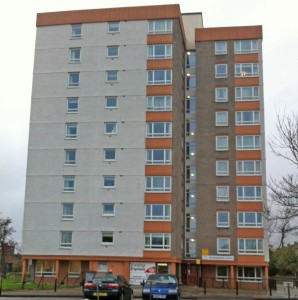 Aberdeen City is moving away from offering only the Sheltered Housing option to senior citizens requiring a level of support. In future there will be Amenity, Amenity Plus, Sheltered and Very Sheltered on offer. There is broad support cross party for a range of options to be offered, though local councillor Steve Delaney has had some concerns about the lack of consultation with existing tenants in affected blocks prior to these decisions having been taken.

Within our area Regensburg Court will change to Amenity with Lewis Court, Taransay Court and Gray Court either remaining as Sheltered or changing to Very Sheltered. Elsewhere in the city some Sheltered Multis are to lose their sheltered status and return to mainstream housing.

Steve, who is Lib Dem Housing Spokesman, said, “Now that the decision has been taken, the Lib Dems will scrutinise and question the detailed implementation to ensure tenants’ interests are protected during this period of change. We are not opposed to giving people choices, it just needs to be done in a sensitive manner and the Council needs to listen to their tenants and address any concerns they may have”.

Assurances have already been given that nobody will have to move house and nobody will lose out on the level of service they require. If someone initially requires an Amenity service but then needs a Sheltered service at a later date, the intention would be to upgrade their support, not expect them to move home. The changes will not happen overnight, but it’s important people are aware. The detail of how a flexible needs package such as this could be delivered, is still being developed.

Steve asked Committee to bring forward a new allocation policy for blocks which are changing to Amenity or Mainstream. He raised concerns that vacancies should be allocated sensitively to avoid lifestyle clashes. There was also a question over whether existing tenants who wanted to move (accepting that nobody would be asked to move) would have priority over new applicants. It was agreed that a new policy would be drafted for approval at a future meeting.

Please note that these proposals do not affect the delivery of homecare services as these are delivered on the basis of need and will continue to be offered to eligible residents, regardless of where they live.