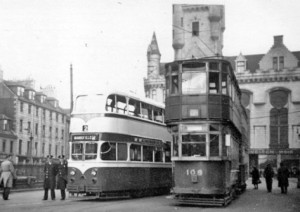 Aberdeen’s Labour led Council has unveiled their blueprint for the city’s future growth and prosperity.

18 months on from forming an alliance of Labour, Tory and Independent councillors to run the city, their plans for Aberdeen have turned out to be no more than a damp squib.

Liberal Democrat councillor Steve Delaney said, “Pulling all the Council’s infrastructure projects together into one report is useful, but, with few exceptions, that’s all this is. Most of what’s in the report is already agreed, much of which was either started by the last Administration or is being delivered by external partner organisations”.

“I was able to count almost 40 pre-existing initiatives, which leaves me searching desperately for the Administration’s wonderful new ideas. They clearly have no ideas of their own so all we got was a collection of pre-existing projects rolled into one document”

“Looking specifically at Housing, during a recession, ideally we’d be building many more affordable houses to stimulate the economy and cater for the increasing number of people who now need affordable homes. In reality, the opposite is happening with less affordable homes being built than in recent years. The Administration’s plans to divert resources into mid market rent and houses for sale will do little to reduce our waiting lists and help those in greatest need”.

“Turning towards City Centre Regeneration, the £20 million allocated won’t scratch the surface of what’s needed. Already agreed renovations to the Art Gallery and Music Hall will eat up much of this allocation, given that this is not new money. The scope for doing much else just isn’t there. Let’s be clear, we will see nothing transformational happen in the lifetime of this Council”.