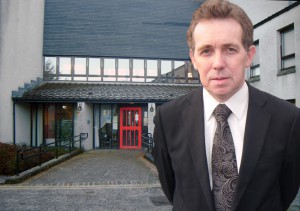 It was a prudent budget but one that set out to ensure completion of the Scottish Housing Quality Standard for all Council owned properties by 2015, made provision to mitigate the negative effects of Welfare Reform and kept rent increases to a minimum amount without affecting the longer term viability of the programme which delivers the repairs, maintenance and upgrades to our properties.

The proposals detailed £43 million of capital expenditure, funded almost by new borrowing and from money raised through rental income. It also supported the use of receipts from “right to buy” sales being used towards repayment of housing debt.

There had been a level of political census on Housing Budgets for a number of years and Steve was hoping this would continue, but regrettably there was one sticking point on which the other Parties would not budge. This related to increases in fuel charges to properties in which people pay for their heating along with their rent. These properties are usually multi storeys, sheltered or amenity housing.

Steve told fellow councillors, “Rising energy bills is something that affects us all, but especially those households who are already living in fuel poverty and those who are in danger of slipping into this category. The recent astronomical rises in consumer energy prices shows how out of control this industry is and demonstrates their lack of responsibility towards their already hard pressed customers.

“As the vast majority of 1 bedroom flats which have heat with rent are in sheltered or amenity housing, the 18% – 21% increase proposed for these properties is going to hit some of our most vulnerable tenants, many of who may already be struggling with the rising cost of living.

“The Liberal Democrat Group propose that we ask officers to report back to the February Budget Meeting on how best to mitigate the effects of the heat with rent charge across the board, but with particular emphasis on assisting those in sheltered and amenity properties”.

The Liberal Democrat Budget was rejected by 38 votes to 4, as Labour, SNP, Conservative and independent councillors all voted to increase charges for those who pay for their heating with their rent by up to £156 per annum.