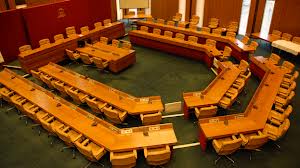 Audit Scotland’s report on Aberdeen City Council for 2012/13 was considered by the Council on 18th December 2013.

The report was fair and balanced highlighting where the Council is delivering good services as well as areas where the organisation could do better. Such reports are meant to be viewed constructively and organisations should learn from their findings, constantly be striving to do better.

Local councillor Steve Delaney felt there was one statement councillors should pay particular heed to.

To quote Audit Scotland, “Behaviours in the council chamber were regularly disrespectful with councillors being reminded of the existence of the Code of Conduct”.

In response to these concerns the Liberal Democrat Group proposed that the Council,

“Notes Audit Scotland’s observations relating to the conduct of Council meetings and refers them to the Group Leaders and Chief Executive for discussion, and instructs the Chief Executive to report back within two cycles on the outcome of those discussions”.

Speaking in support of this proposal Steve said, “It makes sense for Group Leaders to get round the table over a coffee to discuss this. Anything less is childish and a let down to the people who elected all 43 of us.

“When I was first elected in 2002 I was advised to be nice to people on the way up as I’d meet the same people on the way down. I’ve been on both sides of the escalator and it was sound advice which has paid off for me. It’s all about respect and there’s a distinct lack of respect by some members towards others.

“To challenge a point made a fellow member or an officer’s views is what we’re here for. We’re not nodding dogs! However, there’s a line not to cross and making personal attacks on opponents or being disrespectful to officers displays nothing more than contempt for the city we purport to serve. Such behaviour merely leads to escalation and increases distrust between members. We need to remember we are opponents, not enemies. There is a difference!”

Only one councillor rose to his feet in debate to speak against the points Steve had raised but the suggestion of sitting round the table to try to foster better relationships between councillors was defeated 38-4 by Labour, SNP. Conservative and independent members.