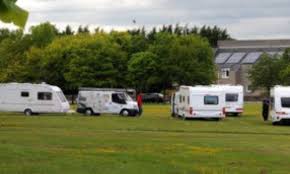 The report to Council highlighted over £70,000 spent on cleaning up sites and other associated costs during 2013. The aim of the bye-law is to make it a criminal offence to camp in these areas overnight with the hope that this reduces both the the damage and the clean up costs associated with unauthorised encampments.

Steve said, “I have no issue with the right of travellers to follow their chosen lifestyle, but with rights come responsibilities. I fully accept it would be unfair to tar all travellers with the same brush as not all travellers are leaving a mess behind them, but a number are, and it is this irresponsible behaviour which needs to be addressed.”

“This bye law will go some way towards minimising the ongoing damage caused to sensitive areas in the city and I fail to see how anyone could responsibly resist its progression.”

The Council agreed to progress the proposed bye law and agreed to write to the Lord Advocate asking him to look at the guidelines issued to Procurators Fiscal relating to unauthorised encampments and the current presumption against prosecution.

SNP councillors opposed the progressing of the bye law. The final decision now rests with the Scottish Government.