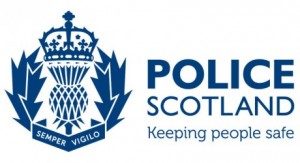 Aberdeen City Council has approved the Aberdeen City Local Policing Plan 2014-2017. Following the centralisation of policing by the SNP Government in 2013, each local authority division is required to draw up a local policing plan setting out the priorities for that area over a four year period.

Liberal Democrat Community Safety spokesman Martin Greig said, “”The public need to know the direction that the force is moving in, not just this year but over the next few years. We cannot do our job of monitoring the police service without being able to question the
statistics robustly. In the next three years, the policing budget will be cut by £137 million. The ultimate aim is to save £1.1 billion. The Aberdeen Police Divison is the best in Scotland with an excellent tradition in looking after community needs. Aberdeen Police are a model that others try to copy. Groundbreaking operations such as Maple, Oak, Begonia and Trinity and Zenith are exceptional and splendid examples of good practice in fighting crime and protecting victims. I want the police team to have a fair share of public resources. Councillors should not be complacent about the cuts.”

“For the first time, the Scottish Parliamemt Audit Committee divided on the subject of policing because of the absence of reliable financial information on the cuts. MSPs were also worried about the lack of a method for monitoring the impact of the cuts in police performance. The SNP in the committee were opposed on the other side by Liberal Democrats, Labour and Conservatives. In Aberdeen we should work together to stand up for our local police service. The risks from centralisation remain unknown and we should do all we can to support our local police.”

Local councillor Steve Delaney also spoke of concerns surrounding the centralising agenda which he said was eroding local control and the reducing the prominence of local priorities, referring to the “Strathclydification” of services across Scotland.

He said, “The Strathclyde model of policing is no more relevant to the North East than the Highland model would be to Glasgow or Edinburgh. It’s a case of horses for courses. These so called local plans are not what they say on the tin, it’s one size fits all and that approach fails to address the differing local priorities we face throughout Scotland. A prime example of this was the withdrawal of road safety education which had been pioneered by the former Grampian Police, something I’m convinced has saved lives in the past”

Steve added, “I expressed particular concerns about the increased use of stop and search, especially where it involves young children, believing this tactic should only be used in cases where there is reasonable suspicion. I also referred to the increasing use of mounted police on our streets. Heavy handed tactics can indeed play a valid role in keeping us safe, but I do not believe them to be justified in routine circumstances, where most law abiding people would consider them to be both frightening and intimidatory”.

The Aberdeen Local Policing Plan 2014-2017 was passed by Labour, SNP, Conservative and Independent councillors with no account taken of the concerns highlighted by the Liberal Democrats.