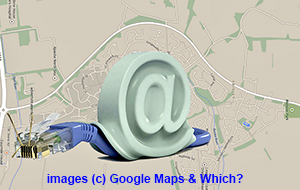 A webinar (web/telephone based seminar) was kindly organised by Kingswells Community Council in response to people’s frustration at not being able to get up to date information regarding the Superfast Broadband roll out in Kingswells.

It took place on 19th August 2014 and comprised of presentations from those charged with delivering Superfast Broadband to Kingswells including BT Openreach and Digital Scotland followed by a question and answer session which featured concerns raised by local residents and Kingswells councillor Steve Delaney.

Here’s a brief summary of what was discussed:-

Two cabinets are currently online, a third (cabinet 12) will be up and running in a few weeks. These will cover about 900 premises. It was accepted that information is sketchy at present but the aim is to have the Digital Scotland website updated regularly in future and this should be live in a few weeks’ time. Updates will also be issued via Twitter and Facebook. It is suggested everyone who is interested sign up via www.digitalscotland.org.uk as well as the Facebook page and Twitter feed.

It became apparent that some people (notably in parts of Derbeth, the Kingswood Avenue area and the Old Village, maybe others too) may have lines connected directly to the exchange. Superfast Broadband requires connection to street cabinets and existing street cabinets are being used wherever possible. In areas served by these “exchange only” lines (where the speeds are typically the worst in Kingswells), BT need to install street cabinets before they can offer connection.

Areas with pre-existing cabinets are being prioritised first to get the largest number of people upgraded and online faster. These won’t necessarily have to wait until the end of the programme to be connected, but they are regrettably being classed as lower priority at present, merely adding insult to injury.

It is expected that up to 5% of addresses across Scotland may not be able to get super fast broadband. It was unclear how many properties in Kingswells may potentially be affected.

It is hoped that new technologies emerging over the 4 years the programme is running, will further reduce this number, but that in itself suggests a small number of people may have to wait much longer than the originally anticipated completion date of October 2014. The panel would not be drawn on which, if any, areas in Kingswells were likely to be affected.

It was agreed that Kingswells Community Council and Steve Delaney will be kept updated with latest developments.

Steve said, “Much of the presentations at the start of the webinar told us nothing we didn’t already know and had minimal relevance to Kingswells, but they may prove interesting to some people. Although the information relating to Kingswells was somewhat less favourable than we had hoped, it did help put everything in context and led to a greater understanding of what’s going on”.

“The webinar is worth watching if you can, but for most people downloading the audio content might be easier. There are many unanswered questions which will only add to people’s frustration, but having some answers is in all fairness, worthwhile. I would like to thank Kingswells Community Council and, in particular, Ian Cox for setting up the webinar. Full details on accessing the content is on their website”.

One thought on “Kingswells Broadband Webinar”