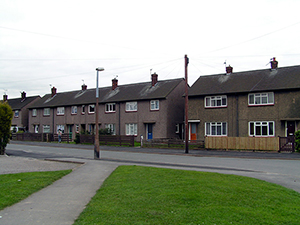 On 17th December 2014 the Council agreed its Housing Revenue and Housing Capital Budgets for 2015/16. Revenue raised from Council house rents is legally restricted in its use to pay for expenditure directly related to managing, improving and renovating these properties and grounds belonging to the housing account as well as financing the cost of housing debt. It cannot be used for general council expenditure. All Non-Housing expenditure is managed through the General Fund, and this Budget will be debated in February.

In an unusual moment of consensus, councillors from across the political divide backed an officer proposed housing budget which saw rent increases pegged to 3.3% along with a programme of investment across the city. Liberal Democrat Housing Spokesman Steve Delaney discovered an error in the budget which would have seen £360,000 cut from the environmental improvements budget.

This funds crime prevention measures, bird proofing, area fencing, security doors, sound insulation, security lighting and numerous other estate management improvements in Council housing areas across the city which have been identified by Housing Officers. The proposed reduction had been a genuine error and Steve was thanked for spotting this by Labour’s Housing Convenor.

In his Budget speech Steve responded by saying, “I’d like to tribute to councillors across the chamber for their willingness in recent years to work together for the benefit of our tenants. We will not always agree, and we will have our differences from time to time, but we do all genuinely try to reach a consensus on issues that relate to the condition of our housing stock and the welfare of our tenants”.

Steve proposed just two changes additional changes, the first instructing a report to be drawn up setting out the next phase of the Combined Heat & Power initiative which connects multi-storeys and public buildings to a low cost communal system for heat and power. This was accepted unanimously.

Steve said,”We are delighted to see the continued roll out of over-cladding and other much needed upgrades to multis across the city. However we would also ask Council to instruct a report into the possible further expansion of the highly acclaimed Combined Heat & Power initiative in advance of the current programme coming to an end. We would support this initiative being expanded to include many more homes and public buildings in order to contribute towards the reduction of fuel poverty, reduce our carbon footprint and minimise fuel costs faced by the Council in respect of public buildings.

However, Steve’s second proposal was defeated by Labour, SNP and Tory councillors in a hugely bizarre turn of events. He was proposing asking the UK and Scottish Governments to co-operate with each other in advance of the official transfer of new powers to allow the equivalent of Housing Benefit to be paid directly to landlords under the new Universal Credit regime.

By way of background, it had been decided that the housing element of the forthcoming Universal Credit (equivalent to the current Housing Benefit) could no longer be paid directly to councils and housing associations. Instead it would be paid directly to tenants who must then pay their own rent. The biggest fear is that due to competing demands on very limited household budgets, a significant number of tenants will fall into rent arrears. This is what happened with the introduction of the Poll Tax and councils are still collecting debts from over 20 years ago. Less revenue to councils and housing association results in less investment in existing housing stock and fewer new builds, possibly also leading to higher rents.

The Smith Commission on Devolution has proposed giving the Scottish Government discretion in this matter to continue direct payment of the housing element of Universal Credit to landlords in Scotland. This is a position councils and housing associations have been advocating in order to protect the interests of current and future tenants. However, this power will not come into force for 12-18 months pending the implementation of the forthcoming Scotland Act, so there will be a period of unnecessary exposure to this risk.

Steve said, “I expected nothing less from the Tories, but was gobsmacked to see Labour and the SNP opposing a measured proposal which could have helped keep rent arrears in check whilst also taking some of the financial pressures off people unfortunate enough to find themselves out of work. When rent arrears go through the roof as a result of this folly, the blame will clearly lie at the doors of those who walked away when they could have tried to do something about it. I’m not sure if it’s ignorance of the facts or if there’s hidden political agendas here. Regardless, this decision is no less than pure lunacy!”