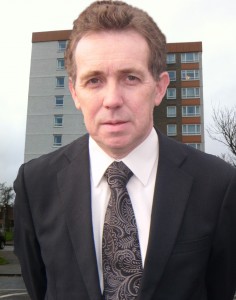 Aberdeen City Council set up Aberdeen Heat & Power in 2002 to deliver combined heat and power solutions for hard to heat multi-storeys. The city now has a network of buildings linked directly to their combined heat and power infrastructure, complimented with several stand alone district heating systems. Where possible the Council also seeks to link public buildings into the CHP “grid” as larger scale initiatives are more economic to operate.

Three years ago local councillor Steve Delaney asked the Council to look at the inclusion of Regensburg Court in any future rollout. At that time the programme was fully committed to works elsewhere, though it was agreed this proposal would be given serious consideration. He also asked if Kingsford School could be included to improve the potential viability of any such a scheme.

On 27th August 2015 the Communities, Housing & Infrastructure Committee approved the inclusion of a district heating (stand alone) system for Regensburg Court in the next investment phase during 2016/2017. They are also looking at the feasibility of extending the initiative to include Kingsford School, as was initially requested. At committee, Steve also asked for the viability of connecting this new scheme to the existing district heating system at Mastrick Land with a view to eventually connecting directly into the combined heat and power “grid” at a future date. It was agreed this will be looked at further.

Steve said, “Combined heat and power along with district heating lifts tenants in hard to heat properties out of fuel poverty and assists us in meeting our carbon reduction targets. This will make a huge difference to heating bills at Regensburg Court. It’s been a long time coming, but I’m absolutely delighted and I know tenants will be too”.