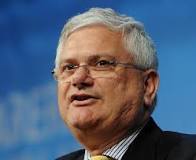 North East MSP Mike Rumbles has uncovered figures that show Aberdeen City Council has lost out on over £100million of ‘block grant’ funding since 2011.

The records, produced by the Scottish Parliament Library (SPICe), show that Aberdeen has been the worst funded council in Scotland for at least six years running – closely followed by Aberdeenshire Council. City funding has consistently dropped below the Scottish Government’s own funding ‘floor’ of 85% of the Scottish average for Total Revenue Support (TRS).

Calculations also show that Aberdeen City and Aberdeenshire together have received £711million less than the Scottish average, over the same period.

Mr Rumbles said: “These figures are frankly disgraceful. The Scottish Government have been using the North East as a cash cow, and that has meant less money for our schools, less for our roads, and less for our local services.

“It’s no wonder people feel let-down by this Government, they have had over six years to meet their own funding targets and have resolutely failed every time.

“This is a vulnerable time for the North East, but instead of supporting and investing in our area, Aberdeen and Aberdeenshire are now two of the worst funded local authorities areas in Scotland.”

Liberal Democrat city council leader Ian Yuill added: “People across Aberdeen know that our city has been short-changed by the SNP for years.

“This is nothing less than a SNP raid on the cash that could provide vital services for families in Aberdeen.

“If something doesn’t change, Aberdeen faces even more SNP underfunding next year. It’s time the Scottish Government held up their hands and gave Aberdeen a fair deal.”