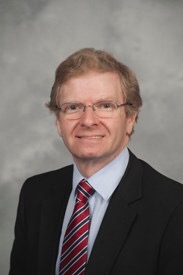 launched a campaign calling on Labour-led Aberdeen City Council to drop their scheme to spend tens of thousands of pounds printing and circulating to homes across Aberdeen a magazine publishing the council’s “achievements”.

Liberal Democrat group leader Ian Yuill said “We couldn’t believe it when Labour councillor Willie Young proposed this stupid and outrageous magazine scheme at last week’s council meeting. It’s a disgrace that Labour and their allies think it’s acceptable to spend tens of thousands of pounds on this. This is money that could be used on local services such as buying books for schools, providing social care or filling potholes.‎”

Councillor Yuill continued “So many people have contacted us about this over the last few days that we have now launched an online petition calling for this daft magazine scheme to be dropped. People can back the campaign via Facebook.”

Ian Yuill concluded ‎ “It seems Labour doesn’t trust Aberdeen’s local media and are resorting to expensive vanity publishing. Frankly if Labour don’t like the coverage they get in the local press and on local radio and TV they have no one to blame but themselves. It’s an outrage that Labour and their allies have decided to spend council tax payers’ money on this magazine.”