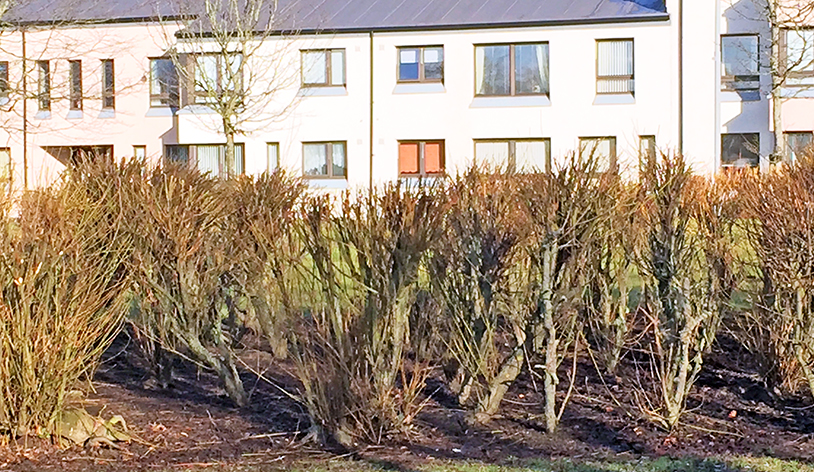 Liberal Democrat proposals at last week’s budget meeting offered some environmental improvements in an otherwise tight budget which would have improved the overall look of our neighbourhoods across Aberdeen.

Kingswell, Sheddocksley, Summerhill councillor Steve Delaney said, “Some of the most common complaints I receive relate the how our area looks and how standards have slipped in recent years. Grass cutting is a prime example where, in order to save money, the Council has reduced the number of grass cuts per year”.

“This results in grass growing longer between cuts and making a mess of our pavements as soon as it does get cut. This is not only unsightly but it also presents a slip hazard, especially for elderly and disabled people”

The Liberal Democrats proposed an additional £500,000 to be spent on increasing the number of cuts per annum in order to improve the look of our open space, but also to minimise the mess which is left behind after cuts. Another issue of concern which they tried to address was tree maintenance.

“Steve said, ‘The tree squad has been reduced from 14 people to 2 in recent years. As a result, the focus has to be on attending to dead, diseased and dangerous trees due to budgetary and resourcing pressures. This is resulting in the Council having very little to spend on maintaining the trees they own across the city”.

“The Lib Dems proposed spending an additional £120,000 in order to clear the backlog of dead, diseased and dangerous tree works to free up some spend on traditional tree maintenance”.

Also in the proposals put forward by the Liberal Democrats was a one off expenditure of £200,000 on upgrading the grounds of all sheltered housing blocks across the city. It related to an idea Steve put to the the grounds maintenance team three years ago which has since been successfully trialed in at least one sheltered block since.

Steve said, “The shrubs in these areas were planted decades ago and many are not ideally suited to this type of environment. They grow far too tall and have become straggly over time, catching on people’s hands and clothes and allowing unsightly weeds to grow beneath them”.

“Were these to be replaced by low ground cover plants, the weeds would be reduced, the appearance of the areas would improve, and end of year maintenance would be less costly”.

“There was clearly scope to roll this out across all amenity areas over time, but I suggested we start with the sheltered blocks first so we can see the difference it makes to people’s enjoyment of their surroundings and then look towards identifying additional budget for other areas in future years”.

Sadly Labour, Conservative, SNP and Independent councillors were not minded to include any of these proposals within their own priorities.