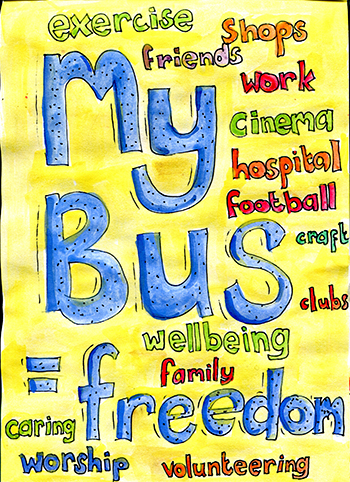 Each year councillors are presented with a list of projects which can be funded as a result of fines collected from drivers caught using bus lanes. These monies can only be used to support initiatives which deliver on priorities set out in the Council’s Local Transport Strategy.

One of the proposals included funding to mitigate the loss of bus services in Kingswells Village and the Dubford/Danestone areas, as well as the removal of the service linking Aberdeen Airport to Dyce Railway station. This initiative was in the list of new projects which would be progressed as more fines were collected throughout the year, but it was ranked 16th on the list.

Liberal Democrat Infrastructure Spokesman Steve Delaney said, “I was pleased to see this proposal on the list but in reality it was never going to happen, sitting in 16th place. For that reason, I asked for it to be moved to third place on the list. Unfortunately this attracted no support from other councillors at the committee”.

Councillors instead decided to hold back on a decision regarding Kingswells buses pending a fuller report on bus services across the city which comes to full Council on 21st June.

Steve said, “I find it hard to believe that prioritising the employment of a cycle officer, the funding of number plate recognition technology and the reinstatement of a walkway, to name just three projects, should rank above ensuring that Kingswells is not left without a bus service. This really beggars belief. I made it clear to fellow councillors that Kingswells can’t wait for a city wide solution and that I would be expecting to see proposals specific to Kingswells next month”.

Regardless of the unwillingness to fund a service from these monies, there did appear to be a cross party understanding of the issues affecting Kingswells residents and an acceptance that matters must be resolved as a matter of priority. On that basis Steve will continue to work with Council officers and indeed across party lines to ensure that a solution is found.

He added, “Although deeply disappointed by today’s outcome I will take people at face value in the meantime. Clearly the proof of the pudding is in the eating and we will hopefully see some meaningful progress on 21st June”.