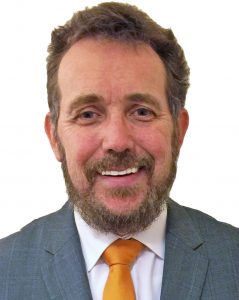 If someone parks over your driveway, effectively blocking you in, Police Scotland are currently the body you need to contact to request action.

With significant pressures on police time and much higher priority crimes to deal with, they are not always able to to attend. Steve’s proposal was merely asking the council to write to the Scottish Government requesting they decriminalise the offence of obstructing a dropped kerb as has been done with parking on yellow lines.

He said, “Decriminalisation of yellow lines has been a great success. Rather than relying on police to patrol parking offences, the City Wardens are able to offer a more reactive service, which gets the message across to people that parking on yellow lines is not acceptable in terms of road safety”.

“This proposal was intended to assist people who get blocked in and making the small minority of drivers who park carelessly think again before straddling across a driveway”.

Steve made it clear to councillors that this was not about increasing the number of City Wardens or putting pressure on budgets. It was about making use of the existing team as they went about their daily duties. Obstructions do not occur in large numbers, but when they do, they create major difficulties for residents who can’t get out of their driveways.

He added, “I was really surprised to see a lack of consensus on this matter. Anti-social parking which prevents residents from getting out of their driveway is already an offence, it’s just not always receiving the hoped for response, for understandable reasons. This proposal would have increased response rates by deploying staff who were in the area anyway”.