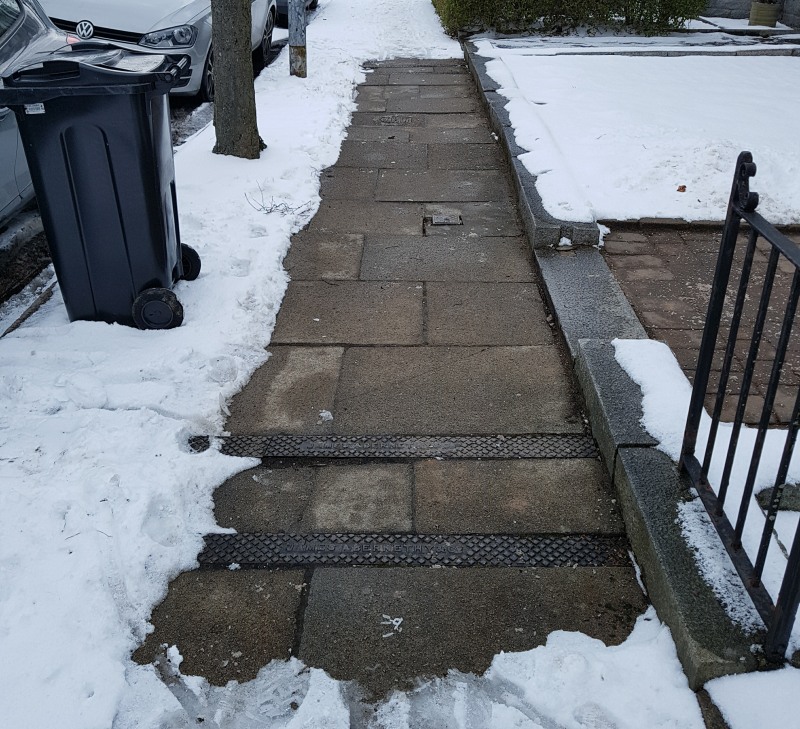 The Conservative, Labour and Independent councillors who control the City Council rejected a Liberal Democrat proposal to look at how the council’s snow clearing and gritting operations could be improved at the council meeting on 5th March.

Lib Dem Group Leader Ian Yuill said, “My colleagues and I put forward our proposal that council staff look at how snow clearing and gritting could be improved after countless people contacted us about problems with snow clearing and gritting earlier in the winter. People told us how worried they were about the icy state of many pavements. Some people told us they were unable to get out and were trapped in their own homes”.

“People told us they realise that the council cannot possibly grit every single pavement and road in the city but that were particularly annoyed that even well-used pavements were very slippery for days on end”.

“”Some residents also told us they were keen to do more themselves but were very frustrated that the council failed to deliver one tonne bags of salt to residents and community groups who had requested these. The council is now telling people these large bags of salt will not be provided until next winter”.

“In response to these complaints, I submitted a “notice of motion” to the council calling for staff to consider how snow clearing and gritting could be improved. I made the point this was not necessarily about spending more money but by doing things like ensuring the one tonne bags of salt were delivered on time, that grit boxes were in the best places across our city and that the council consider what it could do to help residents and community groups who might wish to help grit pavements.”

“Sadly the Conservative, Labour and Independent councillors who control the council rejected part 5 of my motion (see below) which asked that council staff look at how snow clearing and gritting could be improved”.

The full text of the notice of motion was:

1. Thanks all staff involved in carrying out winter maintenance (gritting and snow clearing) during the recent cold weather

2. Recognises that many people expressed concern at the slippery condition of many pavements for lengthy periods during the recent cold weather

3. Expresses concern that over 400 requests from residents and community groups for one tonne bags of salt remained unfulfilled at the end of January and that people are now being told they will not receive these bags of salt until winter 2018/19

4. Notes that officers will be reporting to the appropriate committee on 2017/18 Winter Maintenance Operations

5. Instructs officers to report by October 2018 on how winter maintenance operations could be improved by:

a. Considering whether additional pavement ploughs / grit spreaders are required and advising on the financial and staffing implications of that.

b. How an appropriate network of grit bins could be provided across Aberdeen.

c. A review of the mechanism for providing one tonne bags of salt to individuals and community groups to ensure these are provided timeously.

d. Considering how best to provide residents and community groups with bulk bags of salt smaller than one tonne in size.

e. Considering how appropriate snow clearing equipment could be provided to community and residents’ groups who wish to make use of such equipment.