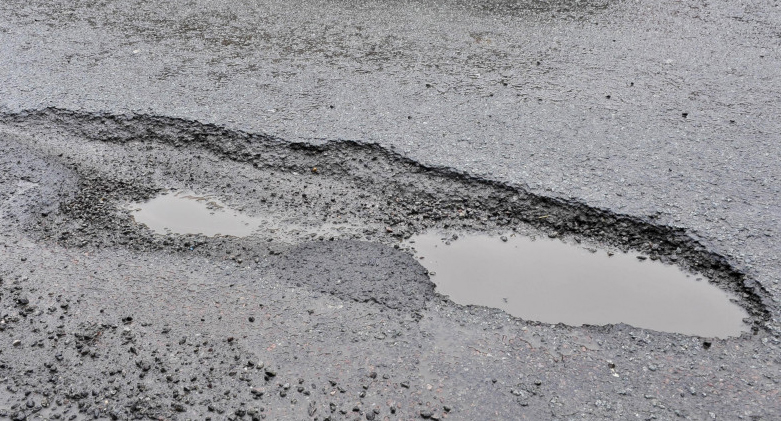 Steve said, “I was delighted to have all party support to further investigate this exciting new product which claims to offer longer lasting road surfaces and pothole filling at lower costs. Given the council’s commitment to double its budget for road and pavement resurfacing over the next five years, my hope is not that we can do this for less, but that we can get more for our money”.

In its most basic form, plastic was first used to fill potholes in India over 20 years ago, though the process was pretty basic at the time and has changed significantly over the years. One of the first main highways to include the use of plastic was constructed in Chennai, India in 2002 and it has yet to display any significant signs of wear or tear.

Since then technology has moved on and the term plastic roads is perhaps a little misleading as the amount of plastic actually used in the current product is significantly less than was used in the early roads, but instead it is merely sufficient  to offer much greater durability than that of current road surfacing products.

Plastic bags and plastic bottles are used to create pellets which are mixed with asphalt, replacing a significant amount of bitumen,  to fill potholes or to completely resurface roads.  The cost of the product is reputed to be up to 50% less than traditional roads and the maintenance costs observed elsewhere are significantly reduced.

The only company in the UK currently offering this product is MacRebur, based in Eaglesfield, Dumfries & Galloway. They further developed the concept after having received a £1m investment boost following their successful entry in the 2016 Virgin Voom competition. Sir Andy Murray is another major investor in this enterprise. The product is sold to asphalt manufacturers who can then incorporate it into their road mix.

Similar technology has been in use elsewhere in Europe, Australia and the USA for a number of years where it has helped lower construction costs and has proved to be more durable than traditional roads. Over the past five years this technology has been used to resurface 21,000 miles of roads in India.

Currently Dumfries & Galloway, Cumbria & Enfield councils have all carried out resurfacing trials and Fife Council are believed to be considering a trial involving pothole repairs using this product, It has recently been used to resurface a junction onto the A6 near Caithwaite and a section of the A7 in the Lake District. In the case of the A7 project, 500,00 plastic bottles and 800,000 plastic bags were diverted from landfill.

Steve said, “The re-use of our plastic bags and plastic bottles in the process would be a positive outcome as would the increased durability of these roads.On the face of it this product appears to have strong environment credentials as well as offering cost savings”.

“It was agreed that council officers will look further at the possibilities regarding the use of this product in Aberdeen. They will also consult with colleagues elsewhere in the UK to obtain feedback on trials already undertaken.  I am clearly hopeful that this will lead to a trial being conducted in Aberdeen in the very near future”.

“I’m pleased to have been in a position to bring this matter to the attention of the council and I appreciate the support of all councillors in agreeing to explore the possibilities further”.